Chilled water to cool a building or process is not only efficient but also flexible.

A two-inch Schedule 40 pipe of chilled water can supply as much comfort cooling as 42" diameter round air duct. The use of chillers allows the design engineer to produce chilled water in a central building location or even on the roof and distribute the water economically and without the use of large duct shafts. The entire system consists of a chiller, cooling tower, building the cooling load, chilled water, and condensing water pumps and piping. 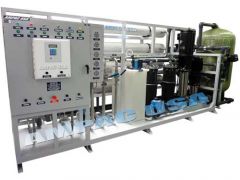 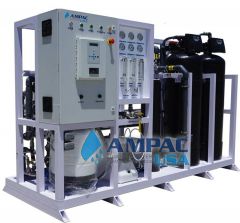 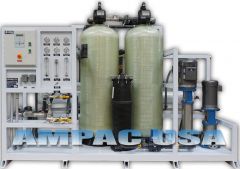 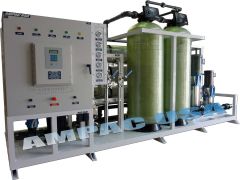 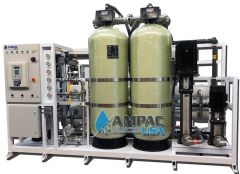 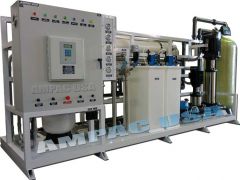 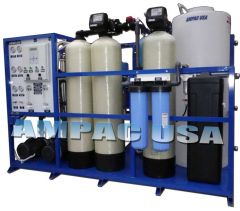 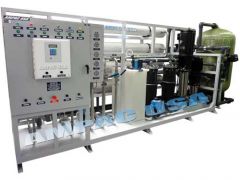 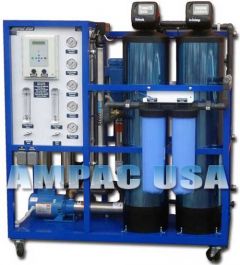 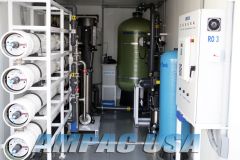 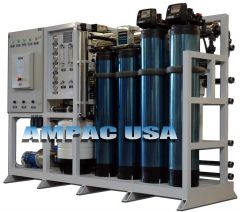 Industrial Reverse Osmosis 8,000 GPD, AP8000-LX by AMPAC USA is ready to be shipped, highly automated and value for money.

The chiller can be air-cooled, water-cooled or evaporatively cooled. The compressor types typically are reciprocating, scroll, screw or centrifugal. The evaporator can be remote from the condensing section on air-cooled units. In many cases, chillers are the single largest electricity users in a building so it makes perfect sense to improve the chiller performance in order to have an instant effect on the building’s operating cost.

Keeping in mind that the buildings rarely operate at design load conditions (typically less than 2% of the time) chiller part load performance is critical to good overall chiller plant performance. The piping is steel, copper or plastic. The chilled water piping is usually a closed loop. A closed loop is not open to the atmosphere. Different chiller types have different strengths and by careful selection of chiller plant design, these strengths can be optimized.

A prime example of this is Hyatt Regency Atlanta, which has made water conservation a priority, with an emphasis on reducing water use in its cooling towers, water-cooled equipment, and chiller and boiler systems. The result of which has been that the hotel used 35 percent less water in 2013 compared to 2000. Had Hyatt Regency Atlanta continued to use as much water as it did in 2000, the drastically increased water rates would have cost the hotel $1 million more per year in water and sewer costs. Between 2011 and 2013, Hyatt Regency Atlanta even improved water and energy efficiency in its chiller and boiler plants, and reduced their energy use by 10.6 percent.

At Ampac USA, we offer a range of chillers and chiller plant designs that provide the client a very flexible solution to meet the needs of the project.